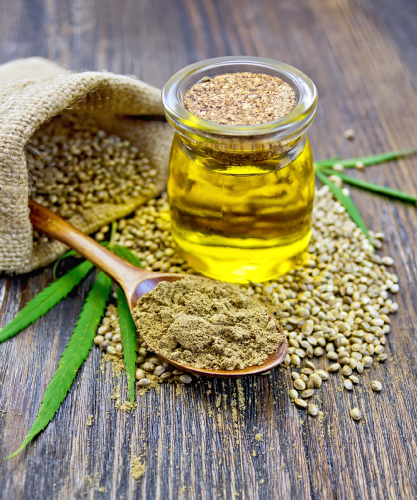 North Carolina farmers interested in growing hemp in 2022 will begin getting their licenses from the U.S. Department of Agriculture as North Carolina wraps up its pilot program in conjunction with federal rules going into effect this year. Letters were sent to the 1,500 licensed hemp producers in the state notifying them of the change.

“We will be working with licensed growers as this transition takes place,” said Phil Wilson, director of the N.C. Department of Agriculture and Consumer Services Plant Industry Division, which has overseen licensing, inspection and regulation under the pilot program. “We will extend the licenses of growers who will need to renew between Sept. 1 and Jan. 1, 2022 to ensure there is no lapse in them having a valid license. Growers wanting to continue production can go ahead and begin the application process now through USDA’s online hemp application.”

The federal Farm Bill of 2018 established the regulatory framework for a U.S. Domestic Hemp Production Program managed by USDA, which North Carolina will fall under beginning Jan. 1, 2022. Information on the program, including requirements and the application can be found at www.ams.usda.gov/rules-regulations/hemp/information-producers.

For centuries, industrial hemp (plant species Cannabis sativa) has been a source of fiber and oilseed used worldwide to produce a variety of industrial and consumer products. Currently, more than 30 nations grow industrial hemp as an agricultural commodity, which is sold on the world market. In the United States, however, production is strictly controlled under existing laws.

The 113th Congress made significant changes to U.S. policies regarding industrial hemp during the omnibus farm bill debate. The Agricultural Act of 2014 (P.L. 113-79) provided that certain research institutions and state departments of agriculture may grow industrial hemp, as part of an agricultural pilot program, if allowed under state laws where the institution or state department of agriculture is located. (From "Hemp as an agricultural commodity," Congressional Research Service)

The 115th Congress made additional significant changes to U.S. policies regarding industrial hemp production through the Agriculture Improvement Act of 2018. The U.S. Department of Agriculture has begun the process to gather information for rulemaking.

Until further notice, North Carolina will continue to operate under the Industrial Hemp Pilot Program authorized in 2014.

Hemp production has been legalized in North Carolina, but only as part of the state's pilot program as allowed under federal law. The N.C. General Assembly passed Senate Bill 313 in 2015, allowing the Industrial Hemp Commission to develop the rules and licensing structure necessary to stay within federal laws. The law was modified in 2016 in House Bill 992. The Industrial Hemp Commission adopted temporary rules for review in February 2017; these were approved by the Rules Review Commission of the Office of Administrative Hearings. 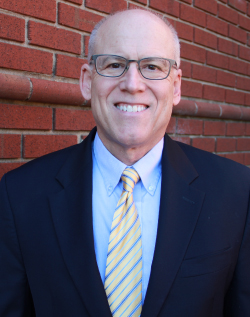 Dr. Tom Melton is Associate Director Emeritus of N.C. State Extension at N.C. State University. He previously served as Interim Department Head in Crop Science, Director of the NSF Center for Integrated Pest Management, and as Assistant Director of the NC Cooperative Extension Service. Prior to administrative positions he served as an Extension plant pathologist and Department Extension Leader at both the University of Illinois and at NC State University, where he was named a Philip Morris Professor. He holds a B.S. in Botany and Master's in Integrated Pest Management from NC State, and a Ph.D. in Plant Pathology from the University of Illinois. Dr. Melton is originally from North Carolina and resides in Raleigh. 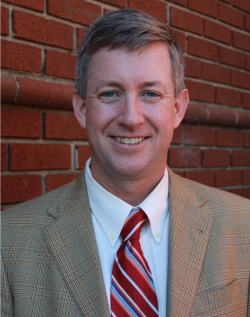 Dr. Alexander M. “Sandy” Stewart serves as the Assistant Commissioner of agricutural services for the North Carolina Department of Agriculture and Consumer Services. In his role, the department's Agronomic Services, Food Distribution, Marketing, Plant Industry, Research Stations, Soil and Water Conservation and Small Farms divisions report to him, along with an environmental programs specialist. He has authored or co-authored 34 peer-reviewed journal articles and one book chapter.  He was a member of the faculty at Louisiana State University from 2000 to 2009, serving as Extension Cotton Specialist and the Burch and Delta and Pine Land Professor of Cotton Production. Following one year as a private consultant working from Kansas City, MO, he joined the faculty at NC State University as an Extension Tobacco Specialist in 2010. 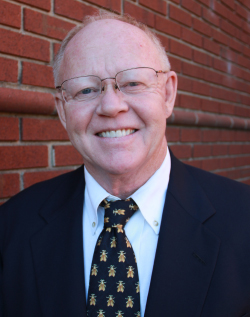 Guy Carpenter is the President of Cape Fear Apparel in Wilmington, NC.  He has over 30 years of experience on 5 continents in global apparel manufacturing, sourcing, distribution and sales including nearly a decade of turnaround and crunch management consulting in both the public and private sector. His attention to textile quality evolved into a focus on both natural and manmade fibers. His education in hemp fiber processing and product development is derived from experience in China and Eastern Europe.

Mr. Carpenter earned a BA from the College of Charleston and an MBA in International Business from the University of South Carolina. He has served as both a Peace Corps Volunteer (Niger, West Africa) and in the U.S. Army (Airborne/Air Assault Calvary Scout).  He manages his business both internationally and from his residence in Wilmington, NC. 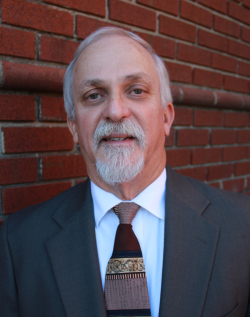 Mr. Billy McLawhorn is an independent agricultural consultant located in Cove City, NC.  He works with growers on soil and crop management systems, helping clients enhance their profitability with strong environmental stewardship. He has worked on research projects focused on water quality and efficient nutrient management also.  Mr. McLawhorn has held leadership roles and been an active member of many related organizations including NC Ag Consultants Assn, National Alliance of Independent Crop Consultants, and the Foundation for Environmental and Ag Education.

Mr. McLawhorn graduated from NC State University with a Bachelor of Science in Agronomy.  He resides in New Bern, NC. 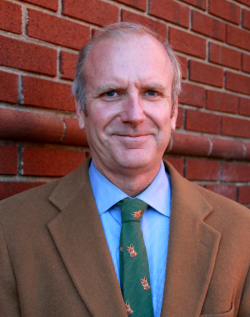 Fen Rascoe is a sole proprietor farmer and has been for ten years.  Additionally, he has a partnership with his brother as commodity growers. They currently grow clary sage, peanuts, wheat, soybeans and kanaf. Mr. Rascoe performs agricultural unemployment insurance tax review duties and agricultural employer consultation. He gained valuable experience in farming operations and endeavors involved with all facets of farming operations with peanuts, corn, soybeans, cotton, and swine as a boy. Fen combines his farming skills with financial and accounting experience to additionally perform controllership and tax compliance duties for his own farming entities.

Mr. Rascoe earned a BA from University of North Carolina at Chapel Hill and a Master’s of Science Administration from East Carolina University.  He resides in Windsor, NC. 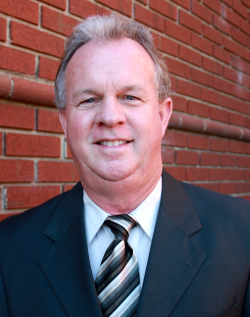 Pat Short is a research grower for SynShark LLC.  Since 2014, he has partnered with them growing research GMO tobacco for pharmaceutical and cosmetic purposes. Mr. Short is a former research manager at the Oxford Tobacco Research Station for the Department of Agriculture. He serves as the Tractor Show coordinator at the Got to be NC Festival and superintendent of Heritage Circle at the NC State Fair. He started his farming operation in Guilford County in 1975 and grew it to 600 acres of crop land, consisting of tobacco, wheat, orchard grass and fescue.

Mr. Short has served many years as a community servant for his church and is an original member of the N.C. Tobacco Growers Association.  He grew up in southern Guilford County and still resides there. 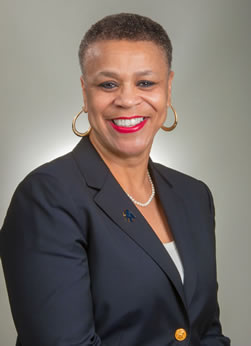 Dr. Shirley Hymon-Parker has served as Associate Dean for the Agricultural Research Program at North Carolina Agricultural and Technical State University since 2009. Under her guidance, N.C. A&T’s College of Agriculture and Environmental Sciences brings in more than $22 million in research funding each year. She has chaired the 1890 Association of Research Directors and the Experiment Station Committee on Organization and Policy for the Association of Public Land-grant Universities.

She has a B.S. in Clothing and Textiles from N.C. Central University, an M.S. in Design and Environmental Analysis from Cornell University, and a Ph.D. in Education Policy Planning and Administration from the

University of Maryland. A native of Warrenton, she resides in Greensboro.

Make up of the committee

The members will be tasked with developing rules and licensing-fee structures for the industry. Under state and federal law, all acreage must be for research purposes.

NEW 9/26/21: USDA has scheduled a webinar from noon to 2 p.m. on Sept. 29 to help explain the transition for NC hemp growers from the state's pilot program to the federal program. This transition takes effect Jan. 1, 2022. Following are details of the webinar:

Webinar: North Carolina Hemp Program Transition
Date: Wednesday September 29th
Time: 12-2 p.m. ET
Description: In this webinar, USDA will provide North Carolina growers with an overview of the U.S Domestic Hemp Production Program. We will specifically cover licensing, sampling, testing, reporting, and compliance aspects of being a USDA licensed producer. We will also describe the logistics of transitioning from the North Carolina state program. After the presentation, there will be allotted time for Q&A. The webinar will be recorded and available on our website shortly after the meeting.